No Christmas Trees, Holly or Mistletoe 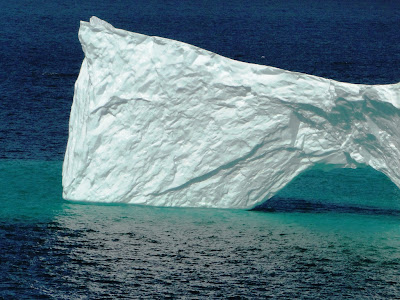 You can smell real fur in the church.

Inuit celebrate Christmas in a slightly different way to Europeans. Nothing much grows in the Arctic so you have to adapt your customs and celebrations to suit.

The community gathers in the village meeting place. Outside there are sledges and their dogs, tied up, having brought their masters into town. Dogs that can pull their sled 100 miles a day, for a whole week if necessary. Inside, there is the staccato chatter of Inuktitut, the local language. Here the people are connected to the land and more importantly, the sea. It's their provider - without the sea, they would starve. Its creatures provide them with sustenance and the Inuit are grateful. They practised conservation long before the Europeans invented the word. Take what you need and leave what you don't to conserve stocks, as they also have a right to live . Kill mercifully to survive but be respectful of the sacrifice, as the animal gave its life so that the Inuit may live.

The Inuit gather, women in amautis with round faced babies. The hunters arrive, laden with the fruits of their labours. Some fresh from the ice laden water and some still frozen from their underground stores. Makeshift tables are erected and the community pool their food for a seasonal feast. Seal, Walrus, Narwhal fin, Char, Caribou. The seafood is raw and chewy but the Inuit have good teeth.

A couple of teenage girls start to sing katajjaq, Inuit throat singing. The hypnotic rhythmic song flickers from one girl to the other as they compete with other. The pace quickens as the two girls stand facing each other, holding on to the others arms for support. They rock gently together as they sing, the competition intensifying. Just as you start to drift, entranced by the almost tribal sounds, they stop abruptly and laugh together. One has run out of breath, the other is the victor.

An accordion is produced, strangely out of place here. Brought to these shores by a long dead sailor, the instrument is squeezed back into life. An old man with a lined brown face, sad eyes and a beard consisting of no more than 10 black hairs sings a slow mournful song. He sings from his memories, the days when he would travel for days just to hunt, paddling his kayak and pitting his wits against his prey on an equal footing. He sings of huge whales, roaming proud and free. He sings of lost friends, drowned by the animal they pursued. Crushed by the downward slam of an angry fluke.

The accordion picks up a faster beat, the mood lightens and small drums start up on the other side of the room. Hunters get to their feet and shuffle and hop their way around the room in a jig, their movement limited by their heavy sealskin boots.

The room is warm, faces are smiling and bellies are full. Most importantly, the village is united and they rejoice in the strength of community, giving thanks for another year of survival.